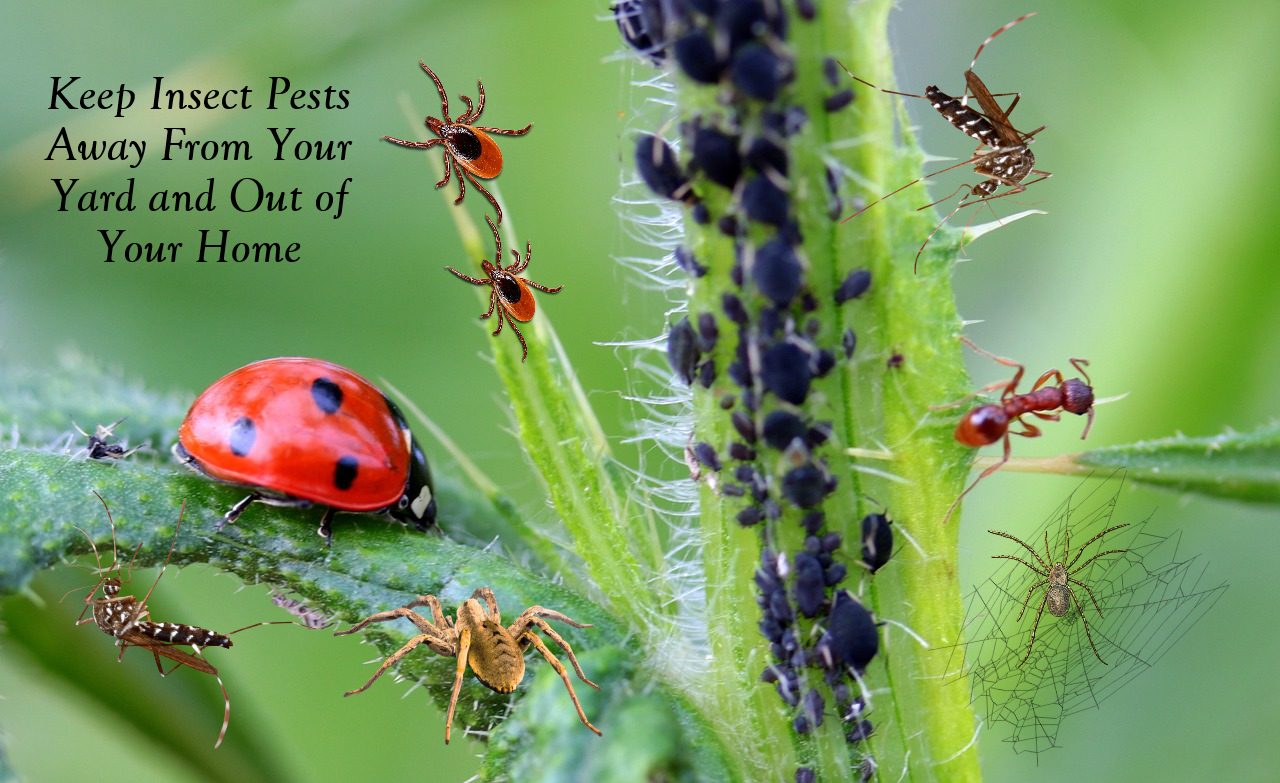 Insects Blaze Trails From Wildlands To Gardens and into Homes

Insects are everywhere. They are the most common animals on the planet. More than 1.5 million species of insects have been named, and many more have yet to be discovered.

Without insects, our lives would be vastly different. Insects are responsible for keeping nature in balance. Many insects are predatory or parasitic, either on plants or on other insects or animals, including humans

Such insects are important in nature to help keep pest populations (insects or weeds) at a bearable level.

Many insects are omnivorous, meaning that they can eat a variety of foods including plants, fungi, dead animals, decaying organic matter, and nearly anything they encounter in their environment. They are nature’s decomposers. Without insects to help break down and dispose of waste materials, dead animals and plants would accumulate in our environment and it would be a stinky, unhealthy mess.

Insects are also responsible for feeding us. They pollinate many of our fruits, flowers, and vegetables, sustaining our food crops, not to mention providing commodities like honey, beeswax and silk. 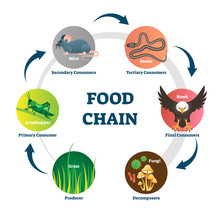 Insects are underappreciated for their role in the food chain. They are the sole food source for many amphibians, reptiles, birds, and mammals (including man). Insects are an abundant source of protein, vitamins, and minerals and are harvested and eaten by people in many cultures around the world.

In summary, without insects, plants would cease to exist, animals would starve, and humans would be in a world of hurt.

This being said, we humans do not appreciate having to live with annoying, creepy crawlies like ants and spiders, not to mention ticks and buzzing, biting mosquitoes, inside our homes.

We are also dismayed by the appearance of pests like aphids and whitefly, that suck the life out of plants, trees and shrubs, in our landscaped yards and gardens. 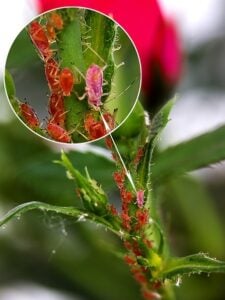 Like all living things, food, water and safe shelter are needed to sustain insect populations. Take away any of these and they will look elsewhere for better living conditions.

To keep insects, like ants and spiders out of building interiors, “Batten down the hatches!” Repair cracks, crevices and holes in exterior walls. Replace missing windows and torn screens.

leaky faucets and sprinkler systems and remove any standing water around the property. Use yellow, sodium-vapor or halogen lighting outdoors by doors and windows, as white lights attract flying insects that attract spiders.

Employ good sanitation practices outside and inside. Keep trash in closed containers, dispose of trash regularly, pick up fallen fruit and clean up spilled food and drink.  Don’t leave pet food and water bowls outside.

In order to keep insects out of homes and other structures, pest control must begin outside in the landscape.

Migrating insects do not recognize property lines, so to stop them, eliciting the help of a pest control professional is most often necessary.

An effective control service must be consistent with a year-round system of treatments to keep target insects at bay.

Foraging insects blaze trails for others of their kind to follow. Trails that lead to areas abundant in food, water and safe shelter for establishing colonies and nests. These are established quickly and can soon become an overwhelming infestation.

Corky’s Ultimate Pest Control Service is a year-round treatment program, that changes (products used and areas of treatment) with the seasons as insect habits change. 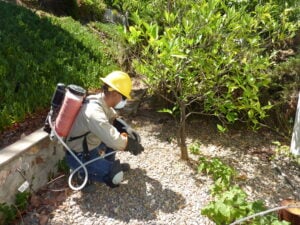 We know where they are, and why they’re there so our control service is effective in the short term and in the long run, eliminating an immediate infestation and controlling migration from neighboring properties.

It’s always wise to be proactive, stopping infestations before they begin by creating defensive barriers between you and natures migrating hordes.

← Above All Else, Spiders Are Predators. Spot Treatments for Termites, A Real Solution? →