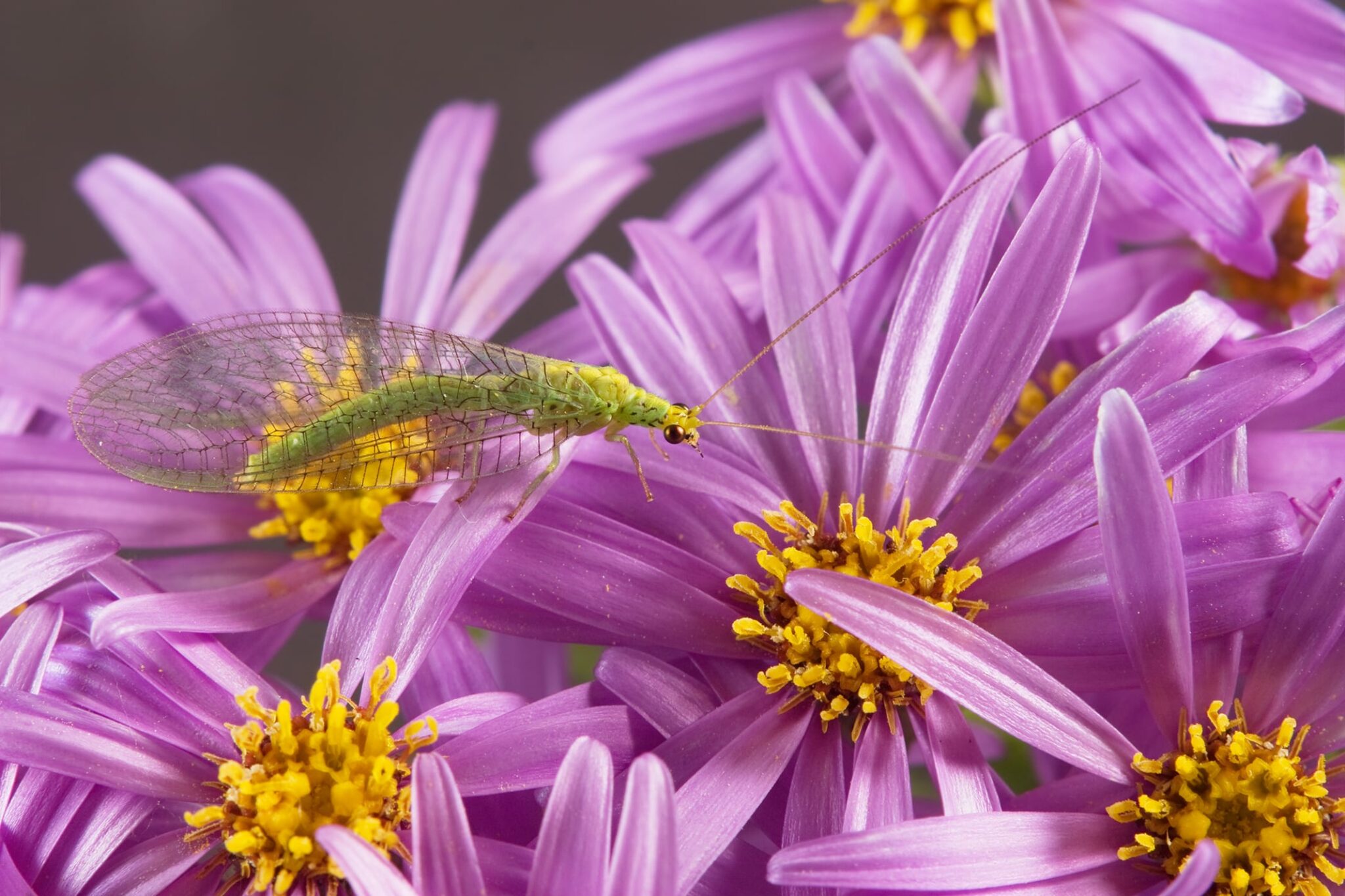 Beneficial Insects are on the Job! Beauty and Health will reign in your garden.

Spring rains and mild temperatures bring beautiful plants and flowers to the garden. They also bring the insects that feed off these plantings and ruin their health and appearance.

But where there is infestation and destruction there are also forces promoting health and providing protection.  Nature provides balance by creating voracious predators to keep the multitudes of plant attacking insects under control.

Here are some of nature’s most notable defenders of the garden.

Also known as lady beetles or ladybirds, spend their lives in both adult and larval stages feeding on mites, aphids, other soft-bodied bugs and all the insect eggs they can find. Ladybugs typically deposit their bright yellow eggs on

the undersides of leaves. Larvae actively seek out their prey and kill with their chewing mouthpar

ts. The larvae have very large appetites and can attack large prey. Unlike lady beetle adults which can fly, the larvae are wingless and are more likely to stick around an area with insect prey to complete their development.

The beautiful delicate looking green lacewing is deadly to almost any soft-bodied insect pest and its eggs. In its adult stage it feeds on nectar and pollen. But, in its larval stage — when it’s known as the “aphid li

on” or “aphid wolf” —  it’s a voracious consumer of probl

em insects, including; mealybugs, scale, spider mites, and thrips.  A single insect has been known to devour over 200 aphids in a week. If it runs out of food, it will cannibalize other lacewing larvae.

best know beneficial insect, the praying mantis gets its name from its two thick front legs lined with spikes for grasping prey. It is quick to strike and will eat just about any insect, bad and good, including wasps and bees on the larger side and mosquitoes to aphids on the smaller.

This tiny parasitic wasp, lays its eggs — as many as 50 to 100 — in both pupae and later larval stages of the white fly, destroying them before they can become adults. The host larva turns black as the parasite deve

lops. It emerges, depending on conditions, in about two weeks. The adults will also feed on the larval juices released when they puncture the larva. 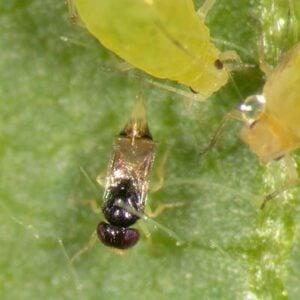 ecretions. Once its prey is identified, it injects an egg into the aphid. When the egg hatches, the larvae begin to consume the aphid from inside. The new wasp then emerges from the rear of the dead aphid to seek out other prey. Surviving aphids react by emitting an “alarm” pheromone which causes the colony to flee, often falling to the ground where they die.

These are only a sampling of “beneficial insects”.  For every plant attacking insect, there is one or more beneficial insects ready to take up the fight to keep gardens, flower beds, trees and shrubs healthy and productive. In the event, gardens and landscapes become overrun with plant attacking insects, man needs to step in and help out Mother Nature.  Take time and view these Do It Yourself suggestions.   Not enough time to do it yourself? Then call a professional, they’ll know what to do.

← Spring Brings Longer Days, Beautiful Weather and Dangerous Hitch-Hikers! When it comes to Gophers; If you want Peace, Prepare for War! →