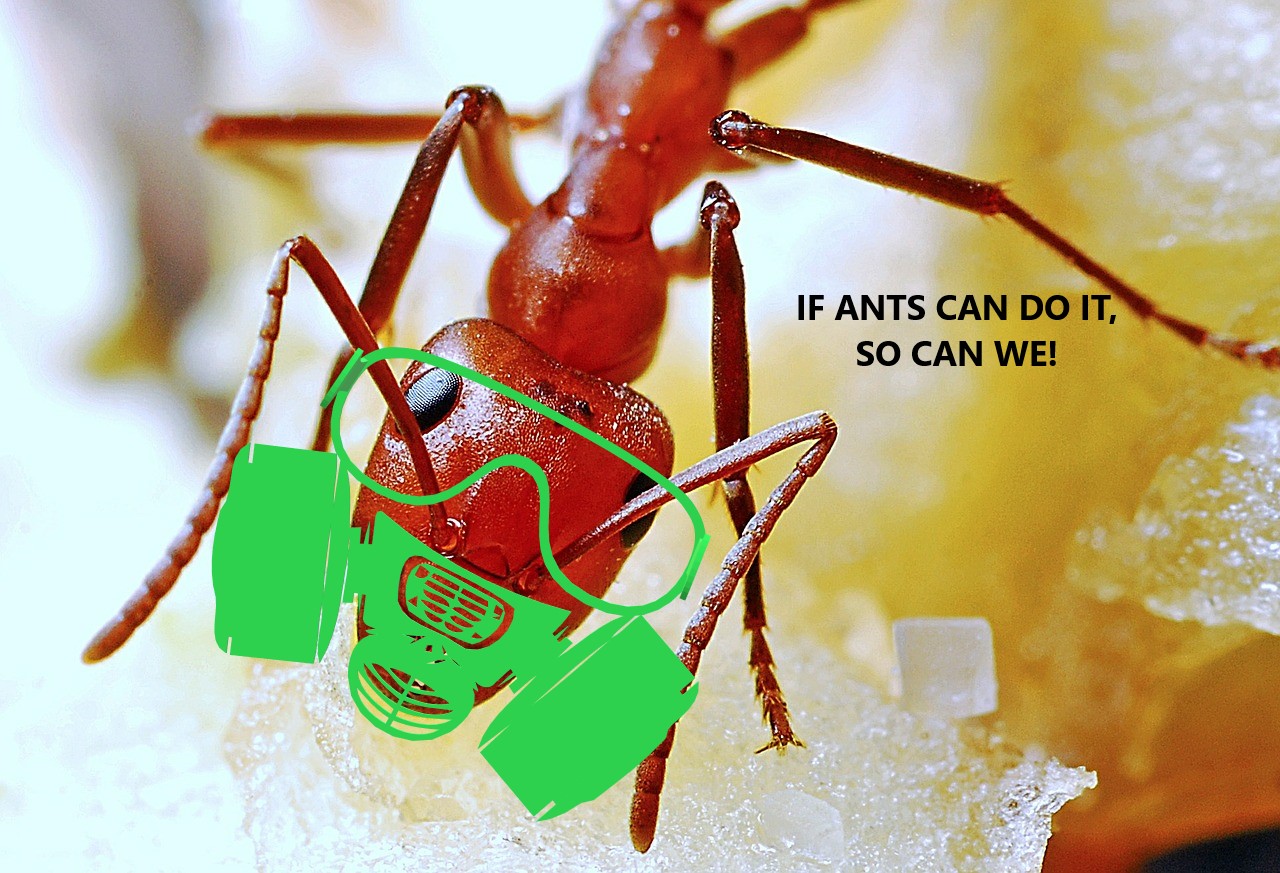 Whether it’s people, living in jam-packed cities or groups of social insects, ants to be

disease can spread quickly among these severely dense populations.
Fighting disease seems to require the same efforts no matter what organism is being challenged.
Ant colonies are rarely stricken by epidemics and new research is explaining why. Researchers have found the secrets behind the ants’ effective disease control.
Secret number one, is keeping it clean.  Cleaning themselves, each other and their nest means that ants have a greater chance of survival.

This frequent communal cleansing removes disease organisms therefore reducing exposure to deadly pathogens.
Secret number two, is some ant species use home-crafted “antibiotics” called Antimicrobials— chemical compounds that kill pathogens and boost their immunity. Ants apply these compounds to their own bodies, to their nest mates and to their nests.   Sharing these antimicrobials among the colony is an important part of the insects’ communal life.

An individual’s health is dependent upon the health of the colony and vice versa.
The ants’ strategy when it comes to fighting disease is reminiscent of how we humans prevent outbreaks: early action is often decisive when it comes to successfully containing epidemics.
If, however, the ants fail to cure a nest-mate, more drastic (inhumane in our view) measures are used to protect the colony. They throw the sick individuals out of the nest, preventing the spread of disease. Scientists have observed that, in most cases, only the young are forced into exile.  Adult workers seem to accept their fate and leave on their own for the good of the colony. This is an extreme form of “social distancing”.
Research indicates that the most potent antimicrobials are produced by one of the smallest ants— Solenopsis molesta,

and also by the desert fire ant,, Solenopsis xyloni , whose colonies can contain hundreds of thousands of individuals.
It is crucial for any successful society to develop a means, beyond individual resistance, of controlling the spread of disease. Some of our largest cities, including Los Angeles and San Francisco need to take advice from the insect world (excluding forced exile of course) and clean up the mess, take care of the masses of humanity living on the streets and reduce sickness and the spread of disease.  If ants can do it so can we!

If ants in their pants are in your plants, or house, or anywhere else, here is a link to get help fast. https://www.corkyspest.com/ultimate-pest-control.html