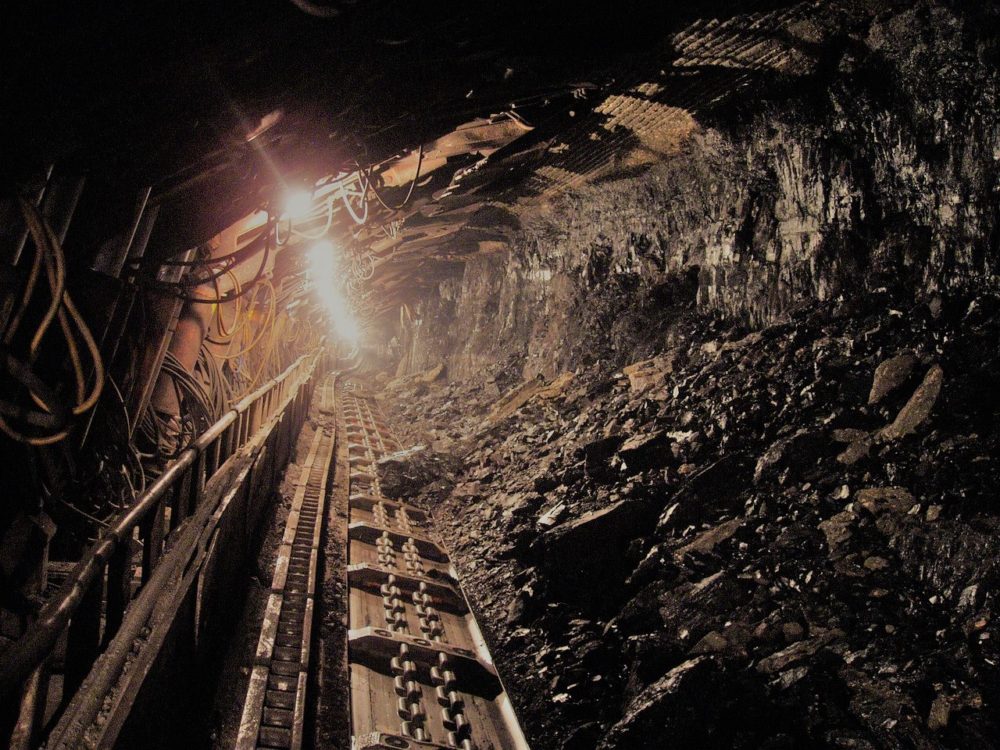 Termites: From Wrecking Homes to Saving the Environment.

According to the National Pest Management Association, termites cause more than $5 billion in property damage each year. They can eat wood and extract energy from it, thanks to a few thousand microbes living inside their gut. 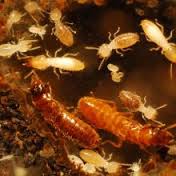 This huge community of microscopic organisms works together to digest the cellulose and lignin that give plant cell walls their strength. As a biproduct of this process, Methane (a natural gas) is expelled by the termites.
So what does termite “gas”, have to do with producing clean energy for the world? A lot!
Each termite produces, on average, about half a microgram of methane per day, an insignificant amount you say. Not really. When multiplied up by the world population of termites, their global methane emission is estimated to be about 20 million tons each year.
Most methane is produced by decaying debris from natural sources such as wetlands, rivers and streams, gas hydra 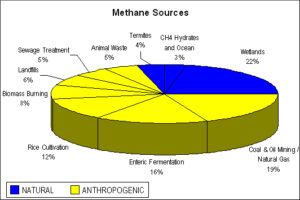 tes on the ocean floor, and melting permafrost. Termites are the second largest source of global methane emissions. Next comes the extraction and burning of fossil fuels for electricity and transportation. Then way down the list comes the cows.
All of the above sources use variations of the same process, the decay of organic material in anaerobic conditions (in the absence of oxygen). Symbioticgel micro-organisms in the digestive tracts of termites (flaU.S. Department of Energy Office of Sciencelate protozoa in lower termites and bacteria in higher termites) produce methane gas (CH4). 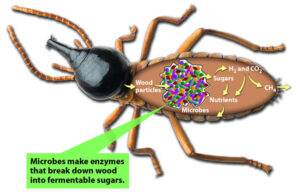 How can coal be a food source for termites?  It’s not really.  Scientists have figured out a way to use the termites gut microbes to break down cellulose which is a big part of what makes up coal, converting the coal into methane gas, giving us a cleaner fuel source.
According to University of Delaware researchers, Termites may hold the key to processing coal — a big polluting member of our Earthly energy supply — into cleaner energy for the world, products for agriculture, water cleanup and waste recycling.
Mining coal and processing it, by traditional means, is a pollution nightmare.
Coal is a fossil fuel created from the remains of plants that lived and died about 100 to 400 million years ago. Basically, it’s wood that’s been 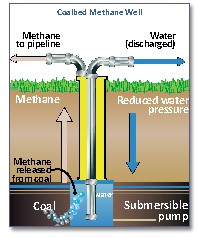 literally baked for millions of years.

According to Pradad Dhurjati, a professor at the University of Delaware, in the Chemical and Bio-molecular department; “This groundbreaking biotechnology has the potential to change ‘dirty coal’ into ‘clean coal’. That would be a big win-win for the environment and for the economy.”  Right now, the process is taking place in large vats of termite gut microbes, but scientists are looking forward to introducing these microbes directly into coal seams deep beneath the Earth’s surface, letting these hungry organisms, mine and process the coal, in place, and then sending the natural gas, in a steady flow to the surface for consumption.
This is not the end all solution to the clean energy problem. It is the goal of scientists to perfect this process until new and more efficient renewable energy sources can be found and made economically feasible.