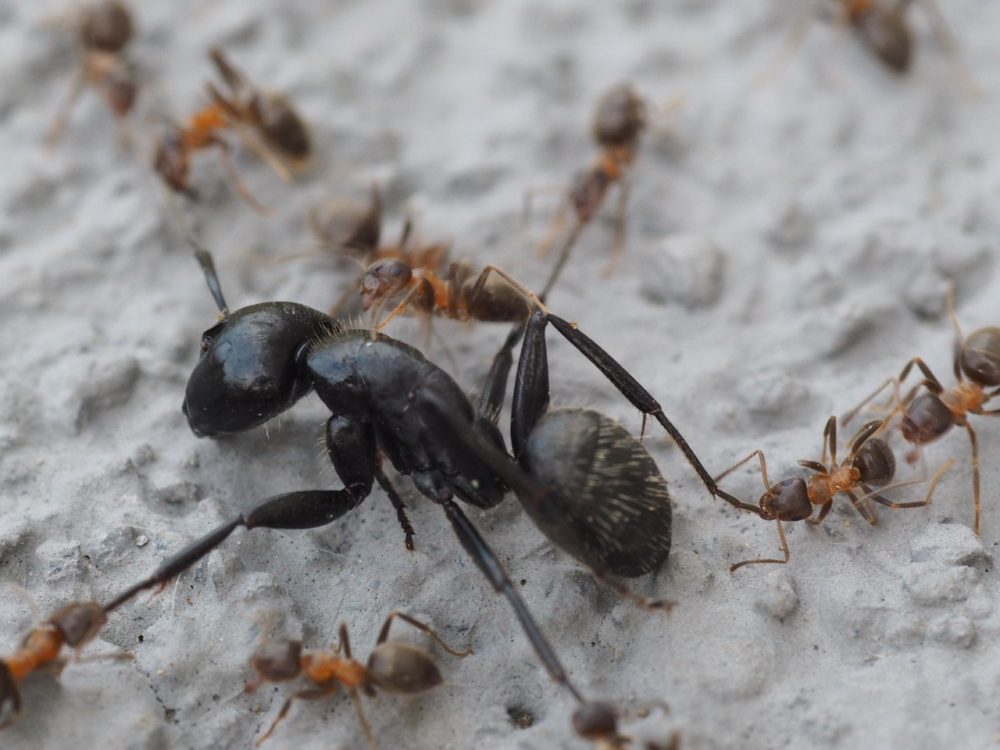 Ride-em Cowgirl! Welcome to the Rodeo of the Queens!

As industrious and hard working as the ant has been lauded to be, it has it’s own freeloaders and lazy, opportunistic individuals. 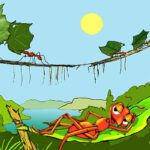 Introducing the “Rodeo Ant”. This shiny, little reddish ant belongs to the species, Solenopsis, and is appropriately named, because it rides on the back of larger individuals (different ant species) and steals food and leaves it’s offspring (eggs) to be tended by it’s larger rides workers.
Two new rodeo ant species, recently described by University of Texas at Austin entomologists appear to be parasites, stealing food from their mounts and tricking them into babysitting the rider’s eggs.  These lazy cowgirls just hang on, by their teeth, until their ride wanders back to the established nest, then hops off, makes itself at home and begins steeling food and depositing eggs where the colony’s workers will tend and raise up the young. It is thought that these rodeo rider ants are accepted by the inv 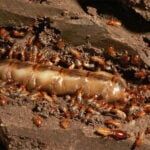 aded colony’s workers because they match their hosts in hairiness, textures and smell, blending in and going undetected.
These female rustlers are not your typical ant.  They are solitary queens living a solitary life, unlike the majority of ant queens, that hold dominion over a large colony of workers, that forage for food, guard their home and tend to her royal highness’s eggs.

The little riders hang on with mouthparts that have evolved a tight fit around the waist of a larger species’ queen. The smaller hangers-on are queens themselves, and workers and males of this species have yet to be discovered.
So Queen-on-Queen rodeos let this tinier parasitic queen skip all the costs of creating her own “Queendom” and just live off food scammed from the bigger queen’s colony.