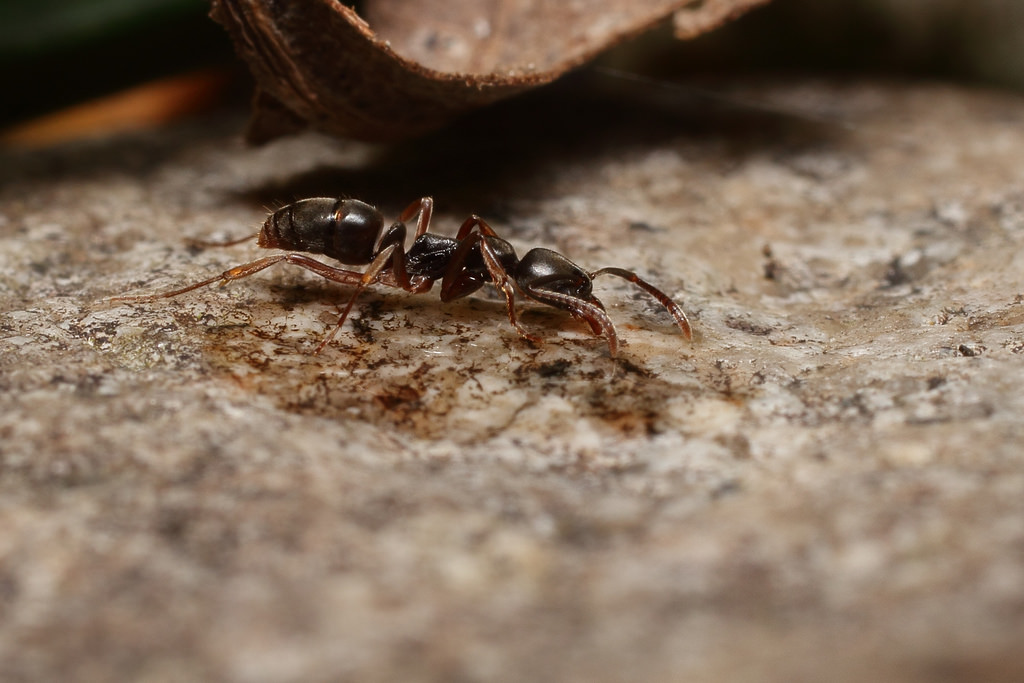 As an invasive species, Argentine ants have been extremely successful invaders. These aggressive, territorial ants, which can live in super-colonies comprised of thousands of queens and millions of workers, easily 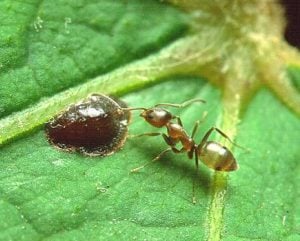 displaced native species as they spread across the United States. No other ant species has successfully stood up to these super troopers — until now.

So, what gives Asian needle ants (Brachyponera chinensis or Pachycondyla chinensis) an edge over the competition? Researchers have come to the conclusion that the Asian needle ant’s ability to tolerate cooler temperatures is a major factor in their success. In cooler months, both species become dormant and their basic activities slow way down. This temporarily stops reproduction, diminishing populations. Asian needle ants wake up and become

active much earlier inthe year than Argentine ants, getting a jumpstart on their competitors. They start to reproduce, forage for food, and build new colonies in Argentine ant territory as early as March, while the Argentine ants take another couple of months to rise and shine and get going. Finding their old territories already occupied, the Argentine ants typically move on to other areas.

In forests, Asian needle ants nest in rotting logs, under leaves and mulch, and under rocks. In human environments, they can nest anywhere from potted plants to under door mats, in landscaping materials, and even under dog bowls.

While they love to eat termites, Asian needle ants will consume just about anything it can get its’ mandibles around, from dead insects to other ants to human garbage.  Its’ aggressiveness, habitat versatility and eating habits could mean a great change to our eco-systems.  When these guys move in they eat other ants, devour their food sources, and take up their nesting spaces, forcing native ant species, such as Wood ants, Acrobat ants and Thief ants, to disappear. This is a problem because, these native species play important roles in the ecosystem. Many native ants are gardeners—they till the soil and plant seeds, and the loss of these ant species will impact the health of our forests, and in the long-run, destroy them.

Not only is this ant of concern to its’ adopted habitats but it is also a health concern as it’s venomous sting causes burning and site redness (with dull nerve pain lasting up to 2 weeks) and in some extreme cases, allergic reactions (anaphylaxis).  Scientists have deduced that more people are allergic to Asian ant stings than to Honeybee stings.

Although not yet arriving in California, in great numbers, they are heading our way.  They have already been stopped 6 times at our boarders and appear to be hitch-hiking on imported food products, landscaping and plant materials and grandma’s potted plant.

What does an Asian ant look like?  It is shiny, black with lighter orange legs, has a stinger and is only about 0.2 inches long. The Argentine ant, in comparison, ranges in color from light to dark brown, doesn’t have a stinger (but they do bite) and are about 0.08 inches in length,  much smaller than the Asian needle ant.

For more info on common ants in California, follow this link: https://www.corkyspest.com/ant-id.html