Who’s Been Digging In My Yard?

When you find holes, mounds of dirt or torn up turf, in your beautiful landscape, you’ve been visited by “wildlife” on the hunt for food and/or a place to live. You can identify your trespasser, most often, by the damage they leave behind.
Pocket Gophers (often referred to as just gophers) are probably the most destructive, though less visible, of all the landscape rodents. Gophers are herbivores, nearly always living underground, and you can

lose a lot of your favorite plants to gophers and still never see one. One day you have a beautiful squash plant and the next day it’s gone, disappeared! You’ve got a gopher.
These relatively small rodents seem to eat “ten times their weight” in expensive ornamental plants, vegetables and fruit trees. In reality they consume about 60% of their body weight each day in vegetation.
Gophers make horse 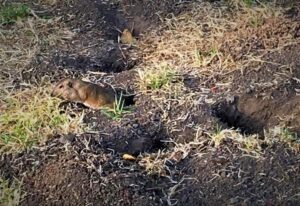 shoe or heart shaped mounds and their tunnels are usually in a straight line between feeding areas. They make two types of ankle twisting holes, a plugged one surrounded by dirt and another used for above ground feeding, without dirt surrounding it.
Voles (also called meadow mice) are small rodents found in areas

with dense vegetation. Although occasionally seen scurrying above ground, voles spend most of their time in burrows. Their presence in an area is given away by grass covered trails, called runways, that connect 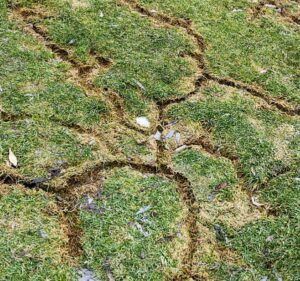 burrow openings. Voles are mouse-like creatures with compact bodies, short legs and short furry tails. Unlike mice, voles rarely enter homes but prefer yards and fields with good ground cover. This is where they find the tender plants and grasses that make up their diet.  Voles tunnel through grass or low-lying plants, eating their way to their burrows. This above ground tunneling leaves very distinctive patterns in the vegetation. Vole holes are found hidden under leafy areas and low-lying plants and are not surrounded by dirt mounds.
Moles are insect eating,  mammals.  They are not rodents but belong to a group of mammals known as insectivores.  Moles are nearly blind and live most of their lives underground, tunneling beneath the soil in thei 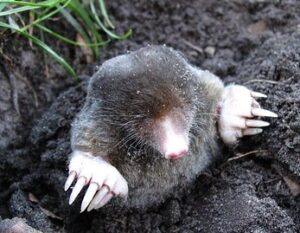 r constant search for food. They can tunnel up to one foot per minute and can cause extensive damage to all areas of a property including lawns (grass), flower beds, tree roots, and gardens.  Runways and mounds are two identifying features of a mole infestation.  Runways are long shallow tunnels skimming just beneath the surface of lawns or garden areas.  An active runway can be determined by flattening it, then leavin

g it for a day.  If it becomes rounded and tunnel like again, you have a very active mole.  Mole mounds are conical,  like a volcano, as opposed to the horse-shoe shape of a gopher mound. The dirt of a molehill is fine and the hole in the top is usually covered whereas the gopher’s mound has clotted dirt and the hole is often exposed.
Shrews are the closest living relative of a mole. California is home to the Ornate shrew (on the endangered species list). It’s territory extends from Northern California to Baja California, Mexico.  Shrews live fast and furious lives. They’re in constant motion, rarely stopping to sl 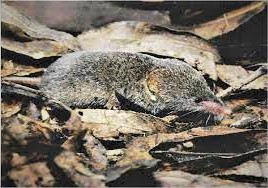 eep. A shrew will eat it’s body weight or more, in food every day.  Like moles they eat mostly insects but unlike moles they will feed on mice, small birds, snakes and slugs, seeds, flowers, fruits and vegetables. Shrews are often mistaken for mice because of their size, color and occasional appearance inside a home. They may dig a dime sized hole in order to reach an existing mole tunnel to use for nesting, but they prefer to let their larger relatives do the heavy digging.

Their most outstanding feature is their pungent odor.  They mark their territories as well as set up social order in colonies, with their smelly gland secretions. Their odoriferous nature is one reason they are unwelcome guests in homes.
Fun Facts: 1. Shrews have the highest brain-to-body mass of all known vertebrates. 2. Because of the shrews’ poor vision, they have developed echo-location, just like bats, to navigate through their territories.
Don’t make a mountain out of a molehill!  Corkys Pest Control, can start getting rid 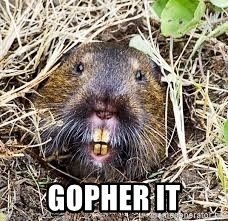 of  these digging pests today. Same-day service , is offered when you call before noon.
So, Go-pher it!  Pick up the phone and dial 1-800-901-1102 or Schedule an appointment on line today.