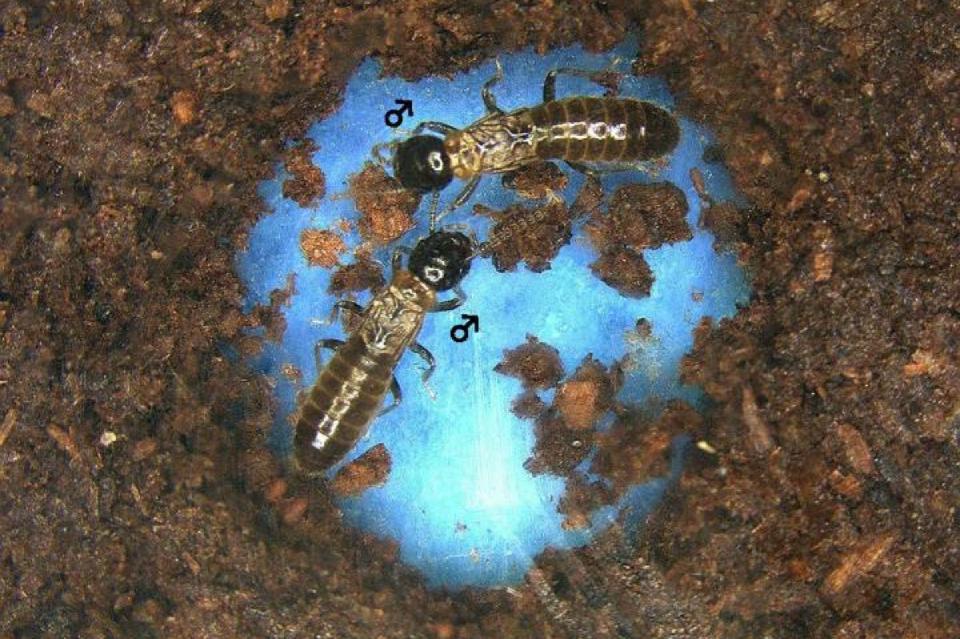 Sex and the Single Termite

Termites not only raid people’s homes, but also those of other happy termite couples.

Homosexuality is known as an “evolutionary paradox” because it can’t produce offspring. So why does it happen? Biologists at Kyoto University in Japan have now uncovered one explanation for the behavior — at least in termites.

When male termites are single, and no female mates can be found, the guys tend to

form homosexual couples, in order to survive.  A new study by Kyoto University scientists, in Japan, confirms this unusual behavior. Their study used subjects from Japanese termite species, that are genetically the same or similar to those found in the United States.(Reticulitermes speratus, Coptotermes formosanus).

These homosexual pairings may give male Japanese termites an evolutionary edge, according to new research. Scientists found that when female mates are lacking, male termites will pair up and nest together. These sam 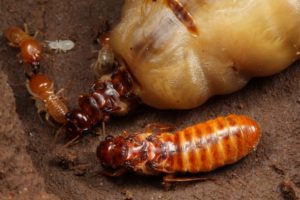 e-sex pairs will even take over a heterosexual couple’s nest, killing the resident male (King) so that one member of the male-male pair can mate with the female (Queen), the researchers said.

Though pairing with another male is not the best option, as only one of the termites can mate once a female is found, the researchers noted that the behavior does give single termites a better chance at survival.

In the study, published in Animal Behavior, the researchers reported that homosexual male termites built nests together, just as with heterosexual couples. “Male termites aren’t able to survive on their own, but those that make nests with another male survived for much longer,” states Mizumoto. “This was especially beneficial in situations when searching for females raises the risk of being preyed upon.

“It’s clear that male-male pairing is a strategy for survival – a safety in numbers or “selfish herd” approach that works because a predator can’t catch two prey at the same time.

Scientists previously thought homosexual pairings of invertebrates like insects were the result of misrecognition of males as females. However, in the new study, researchers at Kyoto University found that the male termites in same-sex pairings did not act as if they had mistaken their partner as female.

Another interesting fact about termite sex, is some termites skip the sex altogether and have babies anyway.

Scientists recently discovered that termite queens could produce new queens without mating with the king. The queens still produce workers and soldiers the traditional way. 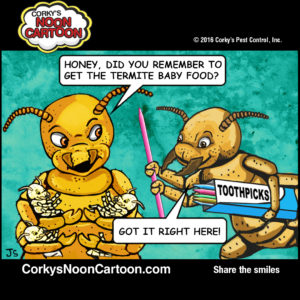 These new discoveries seem to indicate that the queen is able to control the genetic makeup of the colony. By producing new queens without mating, the queen reduces the chance of inbreeding.

← Ants: Look out World! Super-Colonies Defy the Laws of Evolution. Bed Bugs: Help! Monsters Are Hiding Under The Bed and In It! →