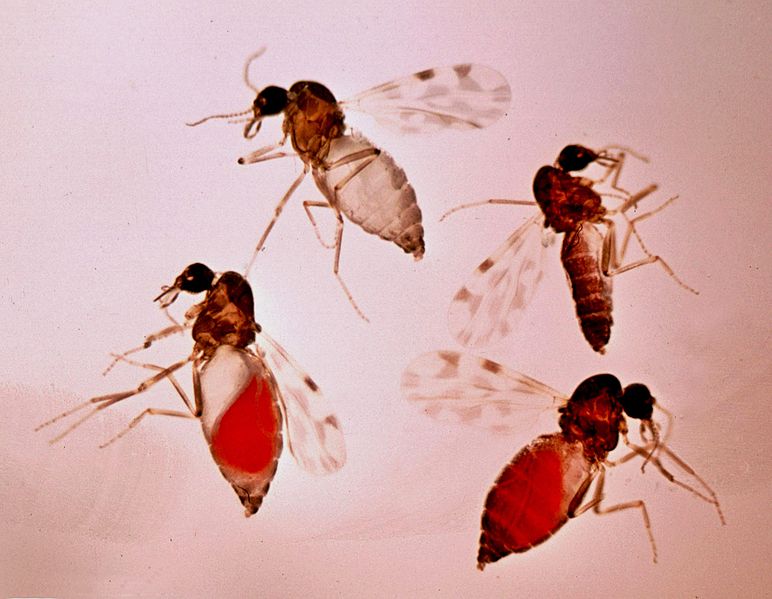 Producing extreme wet weather conditions, Mother Nature is gearing up for another blood thirsty assault on mankind and this time we won’t see them coming.

The same conditions that encourage mosquitoes, give rise to the infamous “

No-See-Ums”, also called, Sand flies (which they really aren’t) or Biting midges, in Western North America, “Punkies” in the Northeast, “Five-o’s” (because they do their biting around 5PM) in Florida and Alabama, “Pinyon gnats” in the Southwest, and “moose flies in Canada.

But no matter what they’re called, their bites are extremely annoying and reactions to these bites range from small red welts at the bite site to loca

Ceratopogonidae, or biting midges, are a family of small flies (1–4 mm long) in the order Diptera. Coastal and mountain areas provide their primary habitat and they love wetlands and salt marshes. They will also breed in, backyards, tree-holes, mud and damp leafy areas; anywhere there is moisture.

No-see-ums are the smallest blood-sucking insects on earth, and like the mosquito, only the females bite as they require the proteins from blood to produce their eggs.  They have serrated mandibles (mouthparts)

that take a chunk out of your skin, leaving a hole that fills with blood. Then they suck it up. They feed both on humans and other mammals. Several species will suck the blood of  insects, including mosquitoes. Some species spread the livestock diseases Blue tongue and African horse sickness and a condition called Sweet itch.  In some countries, particularly in tropical regions, these insects can transmit parasites and diseases such as filarial worms in humans, but none are known to transmit diseases to humans in the U.S.

Almost invisible, no-see-ums appear at dawn and dusk, just like mosquitoes, and have a 4- to 6-week life cycle. Late Spring and summer are  their peak swarming season.  Unfortunately, they continually breed, even during the winter months. In winter, they just slow down t 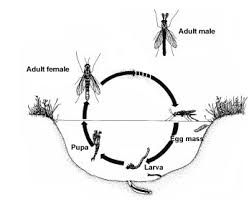 heir life cycle and wait for favorable conditions in other life stages, like eggs and larvae. Their sole purpose in life is to breed, so after mating (males) and after egg laying (females) die. Females may lay 30-100 eggs in a clutch and up to 7 clutches before she dies. Because they do not feed, adults live for only 3 to 5 days. The biting midge larvae are bright red in color and live in the water until fully mature, and able to fly.

s is because midges closely resemble mosquitoes (although much smaller)and their immature stages (eggs and larvae) share many of the same water sources. Like mosquitoes, midge larvae survive quite well in polluted, stagnant water.

Midge or a mosquito? 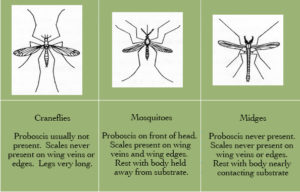 Because of their prolific breeding habits and the fact that a lot of their breeding areas are protected by state law, midges are impossible to control completely.  So, if you can’t kill them all, the next best thing is….

Midges, even the biting kind, are important to the eco-system. They make up an essential part of the food chain as they provide food for fish and other aquatic animals, bats, other invertebrates, birds, lizards and even carnivorous plants like sundews and butterworts.

he mosquito, we don’t want to live with No-See-Ums but our world can’t survive without them.

← Doctor Dolittle Talked to the Animals…….Plants Talk to Animals and Each Other. South American Palm Weevil, The Darth Vader of Weevils Annihilating Palms As It Travels North →