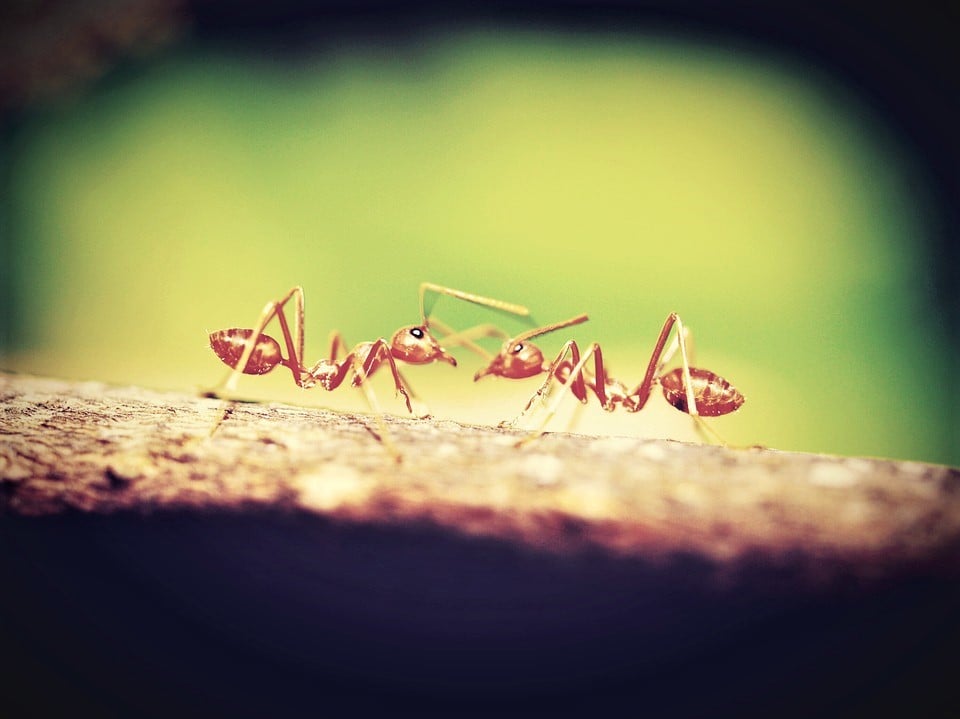 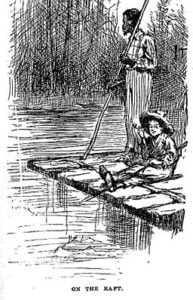 As fire ants are flooded out of their underground nests, they hold onto each other for dear life, forming a fire ant flotilla that allows them to survive. Actually, they hold themselves together by linking mandibles (mouth parts) to the legs of other ants and locking leg to leg to mouth to leg.
Instead of scattering, with every ant for him or herself, red imported fire ants (Solenopsis invicta) have the unique ability to gather together as a colony and form living rafts on the surface of rising flood waters.

Their rafts are so tightly woven together, that water cannot penetrate the raft. This structure also holds a layer of air, called a plastron layer, tightly around the raft. The plastron layer (air bubble) facilitates buoyancy and keeps ants on the bottom of the raft (those underwater) alive. This unique “air bubble” and a waxy coating on their bodies allows these ants to stay afloat for weeks if necessary, so that they have a fighting chance to reach dry land and save their colony.
To make sure the colony survives, the queens and their eggs (there can be one or more queens in a colony), are given the driest accommodations on the raft, near the center.  The raft itself is in constant motion, with ants moving across the top and joining the stationary layer on the bottom.  In this way the raft is kept in tip top condition.
Scientists don’t really know why some ants get to be the bottom raft crew, but it seems that there is some indication that this is not a voluntary position.
The colony must survive. So while floating down the river on natures currents, these ants are constantly searching for new and safe places to set up housekeeping.
So, what do these ants do when they finally hit dry land?  Abandon ship of course! 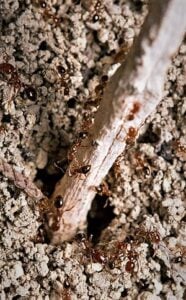 All ashore that going ashore! 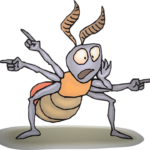 County) and is a major concern as an invasive species. It is similar in general appearance to our native southern fire ant (S. xyloni), except the head and thorax of the red imported fire ant

is a little darker and their dirt excavations for colony sites are much larger, almost the size of gopher mounds! 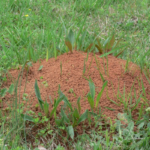 The sting of both species of fire ant is about the same pain level, and leaves a raised reddish welt, especially in tender areas.  A single bite or sting is not pleasant but watch out for a whole colony may decide to attack at once if a threat to the colony is perceived and this can be a definite health concern as they can inflict significant damage and a whole lot of fiery pain.
With the amount of rain and snow, in California this year, and the extensive number of areas destroyed by fire, flooding is a major problem for we humans and animals alike.  You can be sure, as we deal with disastrous flooding, Fire Ants will be industriously building rafts, and river rafting their way to safety and, like Christopher Colombus,  new lands to colonize.
Here’s a cartoons about fire ants.  Want more? Click Here! 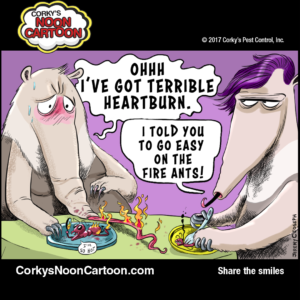