In California, there is no such thing as a “Termite Season”.

They’re everywhere! Termites are active across the state of California, from Redding to San Francisco, down to Fresno, Bakersfield, Los Angeles, Riverside, and San Diego.

Formosan termites, a type of subterranean termite, which

are rare in Southern California, were first identified in La Mesa (San Diego County), California, in 1992 and their numbers have been increasing ever since.

In general, termites swarm on a warm day following a rainy spell.  Swarms also have a tendency to occur during the winter in heated buildings. The following is a  list of swarming habits of California’s most common termite species. 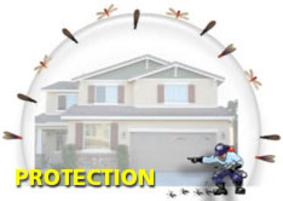 ornia where termites are extremely active and widespread, it’s essential to maintain an effective termite prevention and control program. If you own a home in California, talk to your termite control expert about methods to help protect your home from termite infestations and damage.

Don’t be fooled, the “termite season” is a myth.  Once termites get into your home, they are active, 24/7, all year long, feeding on and damaging wood members with one objective in mind, increasing the size of their colony.

← A warm beverage, A romantic fire and BUGS ! Good Deals on Electronics Can Really "Bug" You! →