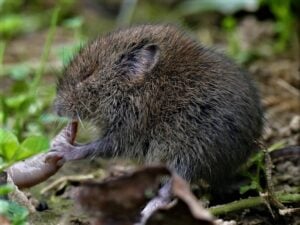 Chula Vista, located in the southern part of San Diego County, has the onerous distinction of  having the 1st detection of hantavirus this year. In mid-January, a mouse-like rodent called a vole (field or meadow mouse)  was captured in a rural part of Chula Vista and the rodent tested positive for the hantavirus. Southern California health agencies, know this is only the beginning.

Why is this so important?

Hantaviruses are a family of viruses, mainly spread by rodents, that can cause serious diseases in humans. One of the more notable is hantavirus pulmonary syndrome, also known as HPS, a severe and ofttimes fatal respiratory sickness with no vaccine and no known cure. This deadly virus will be affecting more people as its carriers (rodents) become more prolific in our living environments.

The HPS virus is spread to humans by breathing air contaminated with rodent urine, droppings or saliva. It can also be transmitted by touching your nose or mouth after handling contaminated materials. There are rare reports of rodent bites transmitting hantavirus. There is no evidence that cats, dogs, farm animals, or insects transmit the disease to humans. You cannot get HPS from another person.

Initial symptoms of HPS develop 1 to 8 weeks after exposure. Early symptoms, include fever, dry cough, body aches, headaches, diarrhea and abdominal pain, and are similar to many other viral illnesses. Later symptoms include, cough and shortness of breath, which are the result of leaky blood vessels and lead to collection of fluid in the lungs, bleeding and failure of the heart to pump. The combination of these changes can lead to shock, failure of several organs and even death. 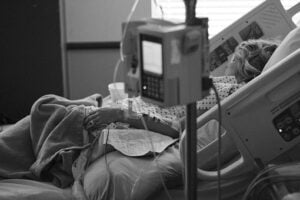 There are currently no tests used to diagnose HPS which is why a history of rodent exposure accompanied by fever and fatigue is a strong indicator of infection.

The first reported cases of this virus were In May 1993, as an outbreak of an unexplained pulmonary illness occurred in an area shared by Arizona, New Mexico, Colorado and Utah known as “The Four Corners”. A young, physically fit Navajo man suffering from shortness of breath was rushed to a hospital in New Mexico and died very rapidly. His was the first officially identified case. Many subsequent cases were identified, with some recovering naturally but many more people succumbing to the disease. The culprit, the deer mouse, Peromyscus maniculatus.

Since 1993, researchers have discovered that there are several types hantavirus that causes HPS. In June 1993, a Louisiana man who had not traveled to the Four Corners area developed HPS. Upon investigation it was discovered that another hantavirus, named

Bayou virus was the cause and the carrier was, the rice rat (Oryzomys palustris). In late 1993, a 33-year-old Florida man showed symptoms HPS; he later reco

vered. Investigation found another hantavirus, named the Black Creek Canal virus, was discovered and its carrier was, the cotton rat (Sigmodon hispidus).

Another case occurred in New York. This time, the virus was named New York-1, and the white-footed mouse (Peromyscus leucopus), was implicated as the carrier.

Prevention is worth a pound of cure!

Eliminate or minimize risk of exposure.  Do not attract rodents to your home, workplace, or campsites. Button up and keep it clean!

Safest way to clean up rodent messes to guard against Hantavirus infection.

Cleaning up after rodents can be a tremendous and dangerous  undertaking.  Professional pest control companies are trained and equipped to do the job, minimizing the exposure of you and your family and friends to rodent borne viruses. Corky’s Pest Control has effective rodent control services including exclusion and sanitation services.