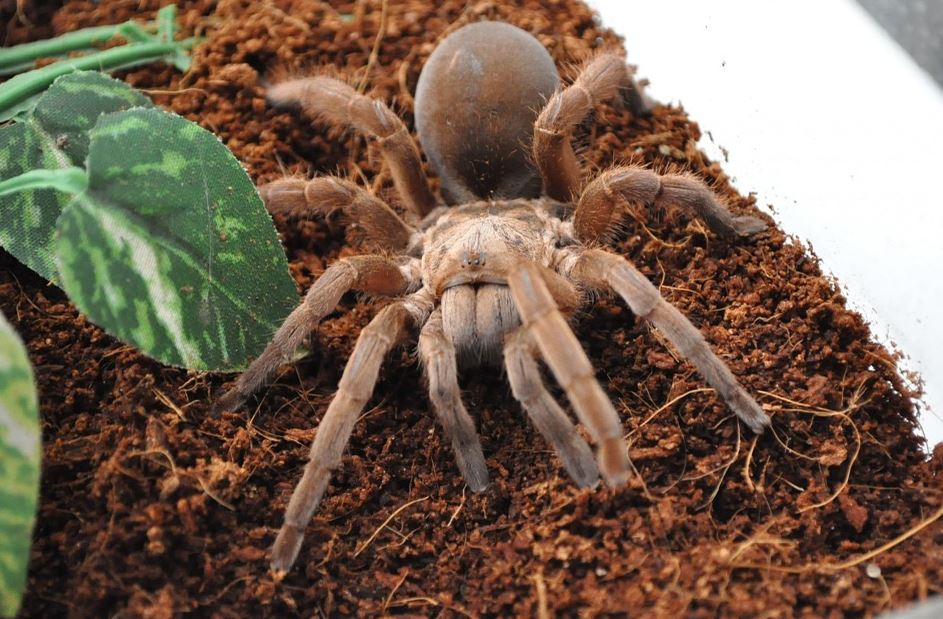 TARANTULAS ARE LOOKING FOR LOVE EARLY IN SOUTHERN CALIFORNIA

Male tarantulas have been spotted, early this season, marching in mass for mates.  This annual march to find love, usually starts around September or October, but rangers in our state parks believe that the weather has male tarantulas starting their searches earlier this year. 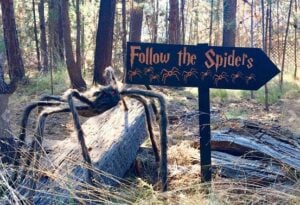 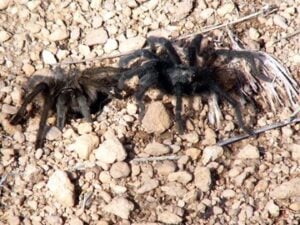 e reputation and scary demeanor, the 29 species of tarantula that are native to the United States are mostly harmless. These spiders have large fangs and a bite will probably hurt, but their venom, which is relatively mild, rarely causes a reaction in humans.  It would be more likely that an allergic reaction occurs from coming into contact with the “urticating” hairs” that these spiders kick at predators and prey. These hairs can get into the nose and eyes and cause a lot of discomfort.
Tarantulas are slow and deliberate movers but accomplished nighttime predators. Insects are their main prey, but they also go after larger game, including frogs, toads, and mice. They are mostly burrow dwellers and do not use webs to capture prey, but they do spin a trip wire to alert them when something nears their burrow.
These spiders grab with their long, strong legs, inject paralyzing venom, then kill their unlucky prey with their fangs. They then secrete digestive enzymes to liquefy their victims’ bodies so that they can suck them up, like a milk shake, through their straw-like mouth openings. After a large meal, the tarantula may not need to eat for a month.
A male, encountering the silk surrounding the entrance to a female’s burrow, calls and dances suggestively. He may be rejected or selected, and after mating he may  even be eaten, becoming a ready-made source of protein to jump start the development of the next generation. 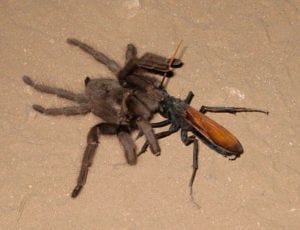 Although spiders are world class predators, they are often themselves eaten. Tarantulas have lots of natural enemies, including lizards, snakes, birds, and even wasps. A female tarantula hawk (a large wasp) can locate a tarantula, sting it, and then drag its paralyzed body into a previously prepared burrow. Inside the burrow, she lays a single egg on the body of the living spider. When the larva hatches, it eats the tarantula! 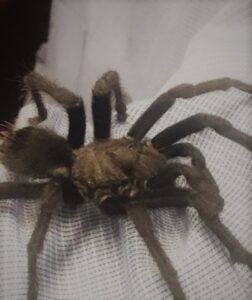 San Diego County has two species that call it home – The California Black or Ebony (Aphonopelma eutylenum) and the San Diego Bronze (Aphonopelma reversum or steindachneri).  Both have bodies about 2 inches in length and neither are aggressive.
If you look up the meaning of Tarantula, you’ll find that it doesn’t mean, monster with eight legs or giant killing machine.  It means, “Big Hairy Spider”.  That is exactly what they are.
Fun Fact:
The name Tarantula apparently originated in the 14th century, in the Italian city of T 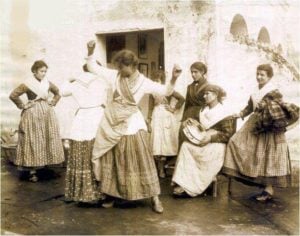 aranto, where people felt compelled to dance the sweaty, wildly gyrting  “Tarantella”, when bitten by a spider. They believed to do this dance was the only way to cure themselves of the deadly effects of the bite.