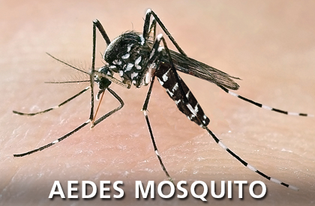 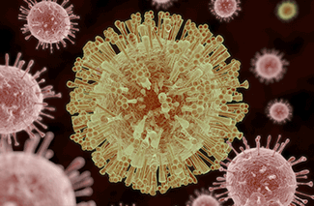 Important Facts about the Aedes Mosquito and the Zika Virus.

What Zika means to those living in Southern California

In the 21st century, no place on earth is more than a day from any other place. Therefore, diseases with short incubation periods, such as Zika, have unprecedented opportunities for rapid spread through human movement. All travelers, regardless of the purpose, duration, or distance of their journey, should take steps to prevent bringing more than luggage to and from their destinations. This being said, what does the Zika outbreak in South America mean to people living in Southern California.

Southern California, being a world renowned travel destination, is prime for the introduction of diseases and viruses that infect humanity. Currently, mosquito borne viruses are in the news because of their devastating impact on human life in tropical and subtropical regions such as Africa, Southeast Asia, South America and our closest neighbor, Mexico. The newest concern, the Zika virus, has been documented only in a few people, here in California, who were infected while traveling outside the United States. This situation could change dramatically if the mosquitoes that harbor and spread this disease (and others), migrate here on imported goods, or on or inside people themselves. Infection becomes a vicious circle; Mosquito to Man to Mosquito and on and on…

Fortunately, the two mosquitos of the Aedes species, the a. aegypti and the a. albopictus, are not native to Southern California. However, since 2011 they have been detected in several California counties. So far the virus has only been detected in a few people who were infected while traveling outside the United States.

Zika is not spread through casual contact such as touching or kissing. It cannot be caught by being in close proximity to someone exhibiting symptoms. It is not contagious in this manner. Recently, it has been reported to have been transferred through sexual contact by persons who were infected while visiting or living in an area where Zika is prevalent.

Here in Southern California Mosquito season normally starts in early March or typically when temperatures reach a constant 10°C or 50° F or more. This is when female mosquitoes feel comfortable laying eggs and the eggs can mature and hatch. Combine this with wet weather and you have the perfect conditions for masses of mosquitoes. The mosquito season reaches its peak during the hot summer months. Depending on where you live, the start time of the mosquito season will vary.

When is mosquito season over? Again, the temperature plays an important factor. As the weather begins to cool, you’ll likely notice a decrease in the level of mosquito activity on your property. Non-hibernating mosquitoes will begin to die off as the temperature approaches the 50° F mark, while the hibernating species will start to seek winter refuge in hollow logs, abandoned animal burrows and other convenient hiding spots.

The first frost is usually a reliable sign of the end of mosquito season.

Many property owners wait until they see a swarm of mosquitoes – or until they have been bitten – to begin the mosquito control process. However, by this time, infestation has probably already occurred. The actual preparation for mosquito season should begin much earlier, before the mosquitoes have had the chance to lay eggs.

Remember, as the weather warms, the mosquito breeding cycle time shortens, which ultimately results in an increase in the number of mosquitoes on your property. This means you’ll want to get started while the weather is chilly – before the temperature consistently reaches that magical 50° F.

Maintaining your property during mosquito season helps substantially. Since mosquitoes grow and multiply in standing water, make sure there are no nearby puddles or bird water feeders to attract them. Bright-colored clothing attracts bugs, so wear neutral, light-colored clothing to avoid advertising your blood. The best insect repellents are lotions or sprays containing DEET. They’re not recommended for use on infants and toddlers. For use on children consult your physician. The EPA states that DEET is safe for adults when used as directed.

While Traveling, the CDC recommends.

There is no vaccine to prevent or medicine to treat Zika. Travelers can protect themselves by preventing mosquito bites.

Workers at risk of being bitten by mosquitoes are those who spend time outdoors. To reduce their risk of mosquito bites they can reduce sources of standing water, wear long-sleeved shirts and long pants and use insect repellents on exposed skin and clothing. For more information go to CDC Mosquito-Borne Diseases.

I WANT THE ULTIMATE!